Seeing Numbers ? - You're Not Alone 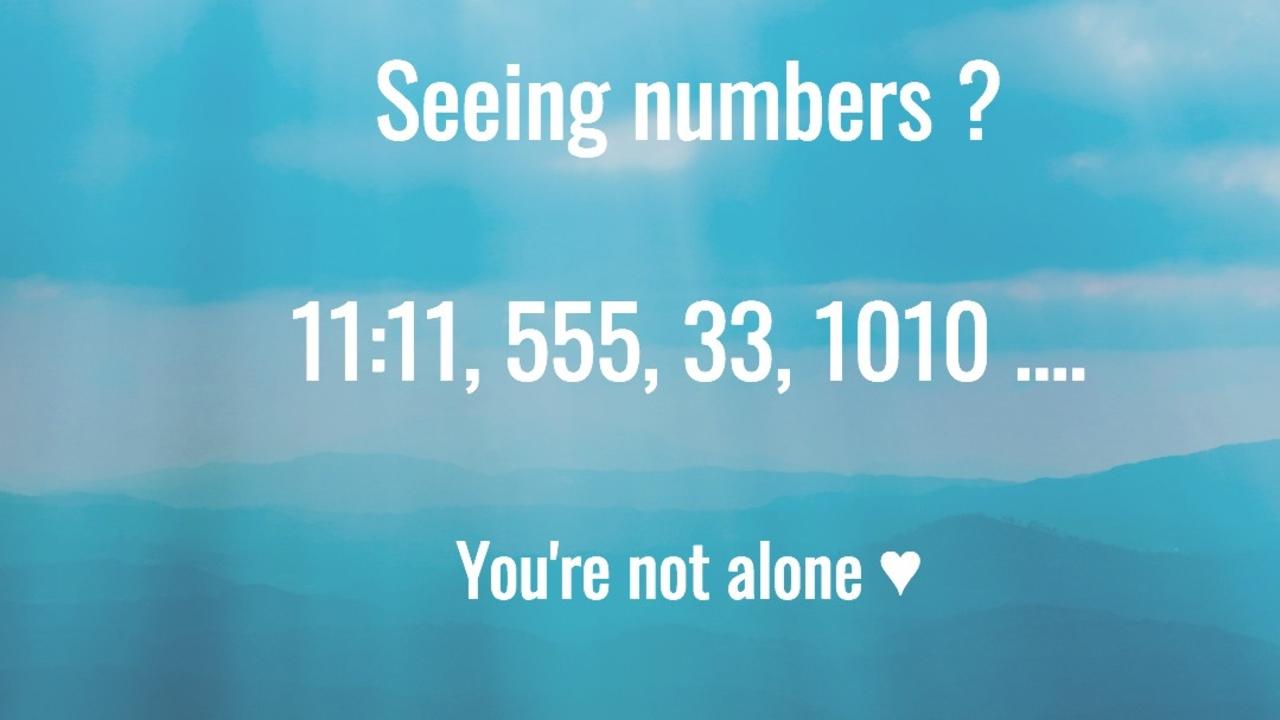 Do you “see” double or triple number sequences all of the time ? Maybe you are one of the many who sees “11:11” or perhaps there’s another combination that follows you around.

It all began on the 5th of May 2005. I was in South Australia attending the lead-up events for my brother’s wedding. We had hired a car and I remember noting that it was strange that our number plate ended in 555 and it was also 5/5/5! I had never taken much notice of such things before though I had a basic knowledge of numerology. It just seemed to be a cute coincidence.

We were having some fairly late nights celebrating with the happy couple, so you can imagine my surprise (and annoyance) when I started waking up at 5:55 on the dot every morning.

At first I thought it was the alarm clock, or some noise that was disturbing me, but it wasn’t ..and this continued on and off even after we returned to our home in Singapore.

Then it started to get really weird. I would see 555s EVERYWHERE. On the car odometer, cd/dvd player, car number plates. Shopping bills would add to $55.55. Flight times would be 5:55.

Often it didn’t even make sense… I would walk into a room at 8am and the clock would be on… 5:55. At least when THAT happened, whoever was with me would also see that it was strange.

For those of you have not experienced what I am talking about (though I know many of you have … so please feel free to share this message with the friends and family who don’t believe you ), it’s almost like you get a nudge to look at the clock or cd player or whatever it is at a certain moment. You can imagine that with a cd or dvd player, where the numbers change over quite quickly, you would have to be pretty lucky to just glance over as the timer moves on to 555, but guess what? Somehow you do !

As an aside here … I had been seeing 11:11 for many years prior to this (I even remember my Grandma always pointing it out when I was a teenager) but for some reason I didn’t connect the two experiences. I think because the 11:11 always felt so comforting while this felt … well … intense !!

Obviously – apart from thinking I was going crazy – I started trying to find out what it meant. Numerologically 5s represent change, but there seemed to be more to it than this. I tried googling but didn’t get much information. Perhaps I was not meant to just then.

After a few weeks of this, one day I had just had enough! I felt like I was being stalked by numbers! I just wanted my ‘normal’ life back. I remember making a grand proclamation to myself – that I was going to stop this nonsense – that I was clearly making it happen and I was going to put my attention elsewhere.

Famous last words… I got into my car and went to drive off when the odometer caught my attention… it was on 11111.  Aaaaggh.

So I had a moment where I just kind of surrendered … put it out the the Universe and said “ok I give up – so what do you want me to do ? –  WHAT are you trying to tell me ?”.

As I drove back home an answer came to me – as an idea that popped into my head. I should try typing a certain search string into google.

As soon as I got home I ran upstairs to the computer and typed the words that had come to me.

Funnily enough the search did not lead me to Doreen Virtue’s “Angel Numbers” which, for those of you searching for meanings, is a great place to start. It led me instead to a channeling by Steve Rother of lightworker.com (click here).

Now this channeling was definitely what “I” was meant to find. It was talking about 555 as an awakening code for those who had been on earth in the time of Ancient Lemuria and Atlantis.

It also described how the number codes were activating our DNA (“way out there” for me right then but now even science is showing our DNA can be changed via vibration).

This information was the beginning of the next phase of my “spiritual” journey and (after I got over being freaked out) began a period of deep remembrance of my Lemurian self and what I am here to do. It also connected me with the originator of this channel, Steve Rother and his wife Barbara, whose work (among that of others) has had a huge impact on my life. I have shared the link above as I know many of you who are seeing 555s now also need to read this information.

A short time later I found Doreen’s Angel Numbers and was able to begin interpreting the enormous amount of guidance that was then (and still is) flowing to me in the form of number sequences.

Of course 555s are also about change .. and my life did take some unexpected turns after 5/5/5 that led me in a whole new direction.

And it’s been an amazing time. Definitely not what I thought my life would be … but so much more magical than I could have ever imagined.

So that’s 555 … but of course there are many other sequences people (including me) are seeing and I am always being asked what the sequences “mean”. As you can see, based on my own experience, it is going to differ from person to person. Sometimes the codes are there to “activate” and other times they are also guidance you can interpret. I always feel it’s good to find a way to interpret the numbers (ie Doreen’s guide or another) as then your guides have a way to communicate with you. It’s like setting up a simple language protocol :).

Also … you can always ASK what the sequences mean for YOU.  Especially if others’ work does not resonate. ASK and expect to receive the answers and you will.

I also believe it’s important to have a daily practice of “connection”. Meditation, Gratitude, Visualisation … or some other technique that centres you. Not only is it important for keeping you balanced in these changing times, but it opens up your ability to receive guidance in its’ various forms.

I hope this helps and that you now know you’re never alone on this journey !!

Many of my updates are via email only so make sure you're on "the list". As well as planetary/energy information I offer lots of free meditations via the newsletters. In fact you'll get one when you sign up now :)